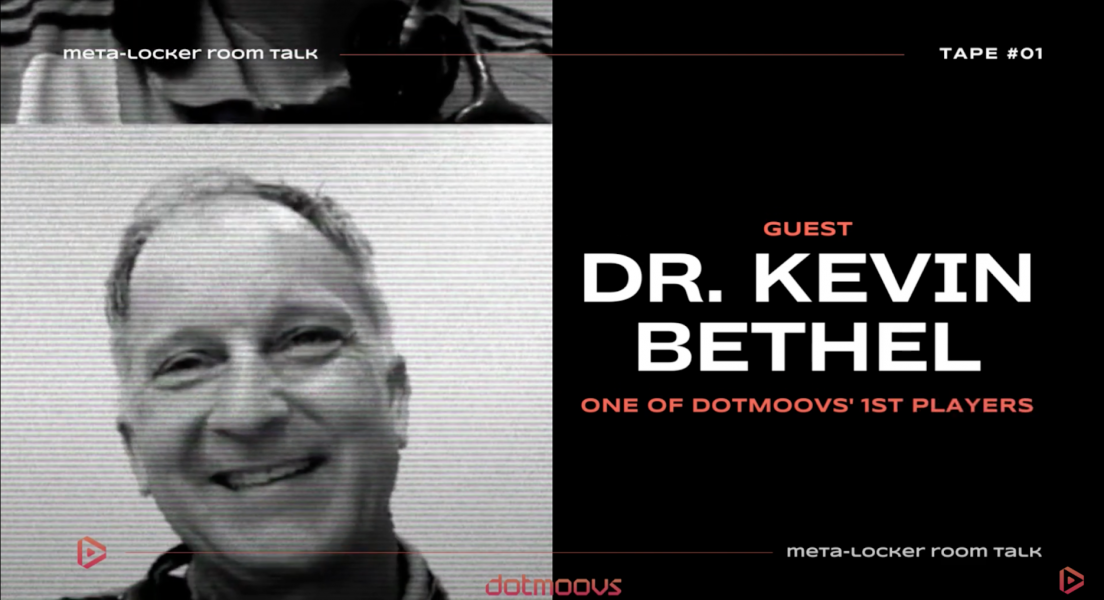 Dr. Kevin Bethel, Medical Director for Family Wellness Centre in Freeport Bahamas, jumped on the Move to Earn wagon and is showing his patients how they can live a healthier life while having fun (and possibly even earning something from it).
TALLINN, Estonia - PRDelivery -- Move to Earn apps made the news a while back with some projects getting the spotlight for their proposal of earning rewards while practising sports. And even though these mobile apps are new, there was at least one doctor who already saw it as an opportunity to encourage his patients to exercise more.

Dr. Kevin Bethel is an advocate for new technologies. During his interview on Dotmoovs most recent project, the podcast Meta-Locker Room Talk, he stated: "I think competition is motivational [because of things] like seeing your point scores, achieving the highest score in a particular sport". Dr. Bethel goes on to say "I do try to incorporate it into my practice". But how did he actually start combining his medical practice with the blockchain?

More on PR Delivery
"Blockchain is an immutable contract, it makes it very difficult for people to cheat. And people might want to pretend that they're doing their exercise, so when they come in to see their doctor and say that they're doing it, but we don't see the results, you don't actually know if they're doing it or not", says Dr. Bethel. His interest was purely in technology and what it could bring to some areas like medicine.

Out of his interest for technology and sports, he discovered and joined Dotmoovs, a Move to Earn app that evaluates users mimicking dances or doing soccer tricks.

But can you really burn a lot of calories while having fun on a mobile game? Well, Dr. Bethel seems to believe so. While using Dotmoovs app, he discovered that for each point he was scoring, some calories were being burned. After months using Dotmoovs app Dr. Bethel started to see some consistency on the numbers, burning around 17 calories for each half minute. This gives a whopping 2040 Kcal per hour while playing a game.

More on PR Delivery
But there seems to be more than meets the eye, because MoveToEarn apps have a reward system supporting them.

"I encourage people to just stick with it. And the other thing is daily consistency, that's the one tip that I would give people. [Have] 30 seconds of fairly intense exercise with freestyle soccer or the dance, a little break as you sort of load the video and maybe choose another opponent, and then go again. It's that interval training that's the best in sports medicine, it's actually the perfect interval training", finished Dr. Kevin Bethel.

You can listen to the full interview here.