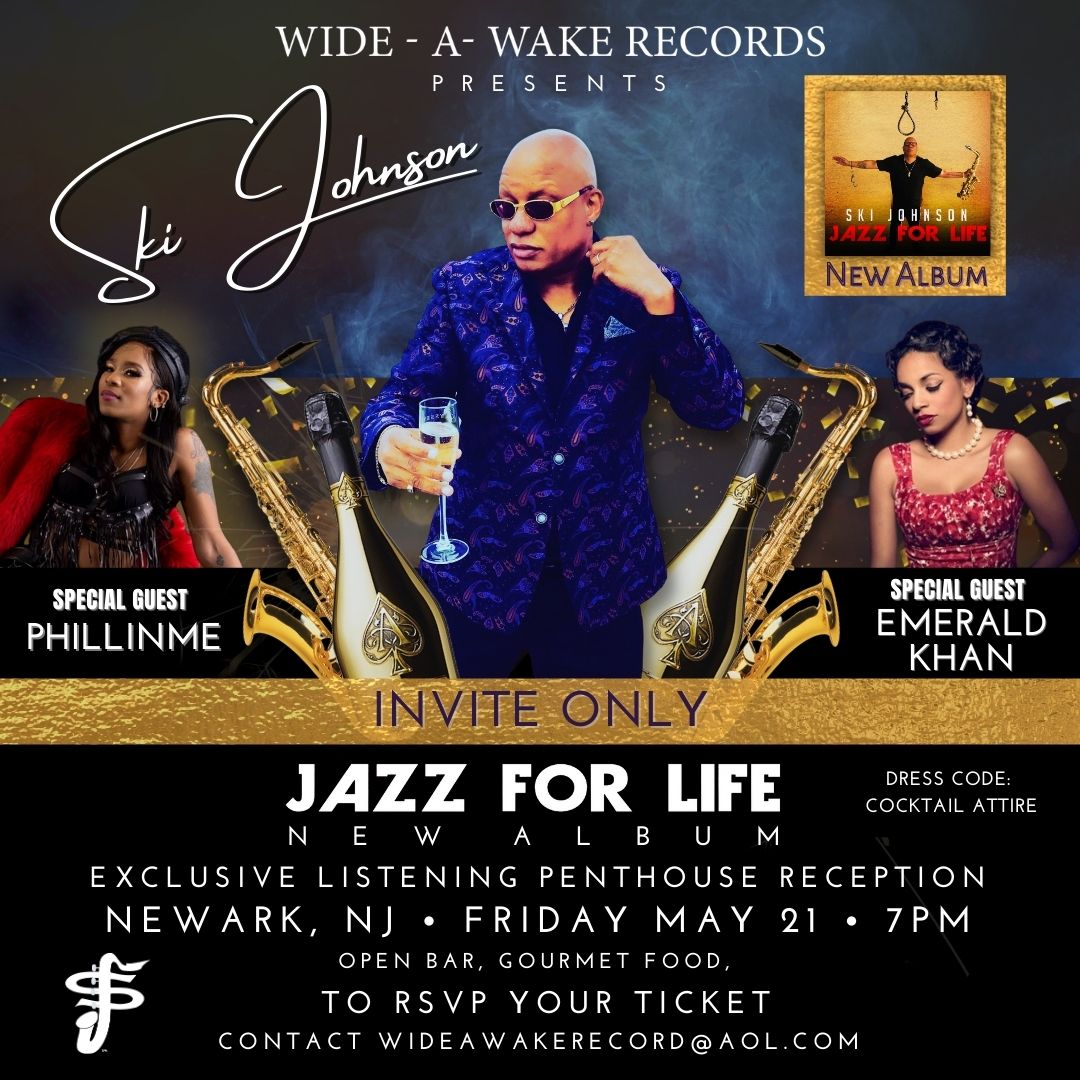 "We worked together to create an album from scratch, which made it personal," said Ed. "Ski and I were on one accord throughout the creative process, understood each other musically, and shared similar vibes." Ed went on to describe Ski as someone who's not afraid to try new things musically and doesn't shy away from originality. What sets Ski's new album apart from previous works is that it's edgier, and he took a big chance by doing something different.

"I can say that Jazz for Life is my best album that everyone can relate to," said Johnson. "It redefines jazz music with messages about disloyalty, love, and success."

Jazz for Life will be available on all music & streaming platforms, including Apple Music and Spotify. You can pre-order the album now on Johnson's official website.

More on PR Delivery
On Monday, Johnson announced a lavish invite-only penthouse listening reception in Newark, New Jersey, on the release date of the album May 21 at 7 pm eastern time.

The three-time Grammy considered artist is also preparing to release a tell-all movie with the same name.