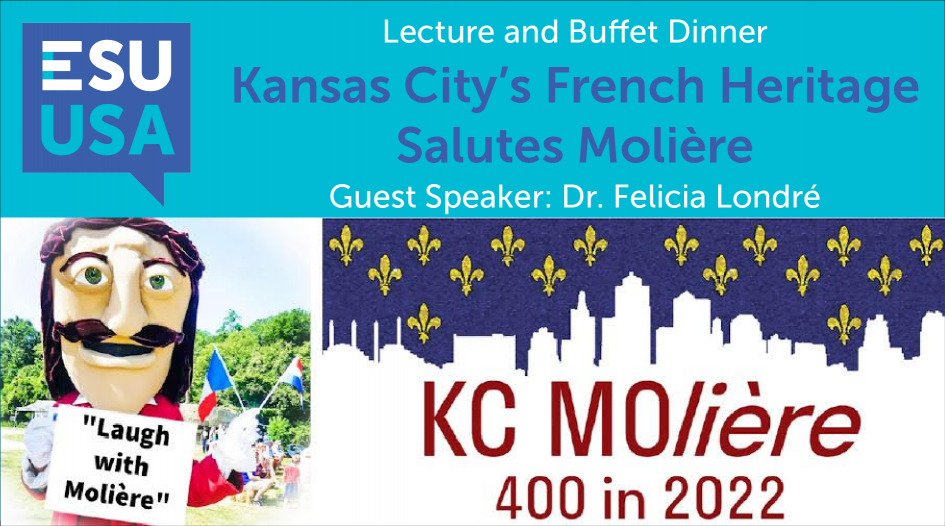 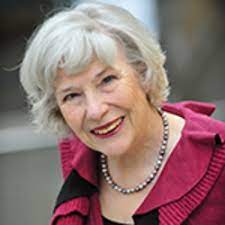 Celebrating the 400th anniversary of Molière with Dr. Felicia Londré as keynote speaker, July 14, 2022
KANSAS CITY, Mo. - PRDelivery -- The English-Speaking Union, Kansas City Branch, invites the public to a special lecture program saluting Kansas City's French Heritage and the 400th anniversary of the world's greatest comedic playwright, Molière. The program is Thursday, July 14, 2022 at 6:00 pm and will include a buffet dinner before the lecture.

The keynote speaker, Dr. Felicia Londré, is the author of 14 books, Curators' Distinguished Professor Emerita of Theatre at University of Missouri at Kansas City, and lecturer around the globe.

The City of Kansas City, Missouri, was a French settlement founded 200 years ago by a French fur trader, François Chouteau. And, as part of Kansas City's French heritage, the English-Speaking Union has invited Dr. Londré to speak about Molière and his 400th birthday this year. Molière is to the French as Shakespeare is to the English. Molière is one of the most-produced comedic playwrights in the world. His comedies have always been part of Kansas City's vibrant theatre scene.

More on PR Delivery
Dr. Londré will tell the story of Kansas City's French heritage and how the world is watching its multifaceted celebration of Molière's 400th birthday.

The program will be held at Grand Street Café, 4740 Grand Avenue, Kansas City, Missouri at 6:00 pm Central Time. Tickets are $45 per person all-inclusive including gratuity. We will have some wonderful door prizes at the end of the program.

Tickets may be purchased online at this link: https://bit.ly/3GFKenY

This lecture and buffet dinner program is open to the public and we are requesting reservations to be made no later than July 11.

More on PR Delivery
About Dr. Felicia Londré
Dr. Londré is the University of Missouri at Kansas City Curators' Distinguished Professor Emerita of Theatre and Heart of America Shakespeare Festival's Honorary Co-Founder. She is completing four years of total immersion in bringing Molière to Kansas City. As president of KC Molière: 400 in 2022, she worked with a vast team of volunteers to celebrate the great comic playwright's 400th birthday (January 15, 2022). The Pests, her verse translation of Molière's Les Facheux, has just been published by Broadway Play Publishing. Career highlights include Fulbright study in France (1962-63), a visiting professorship at Hosei University, Tokyo (1993), ATHE Outstanding Teacher of Theatre in Higher Education (2001), Betty Jean Jones Outstanding Teacher of American Theatre/Drama (2011), and a term as Dean of the College of Fellows of the American Theatre at the Kennedy Center (2013-15).