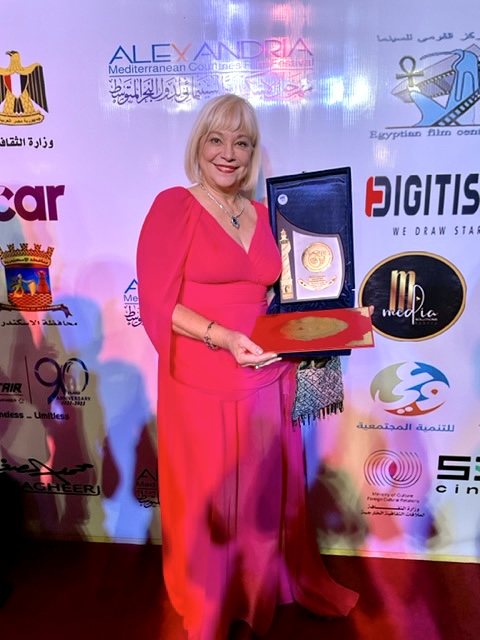 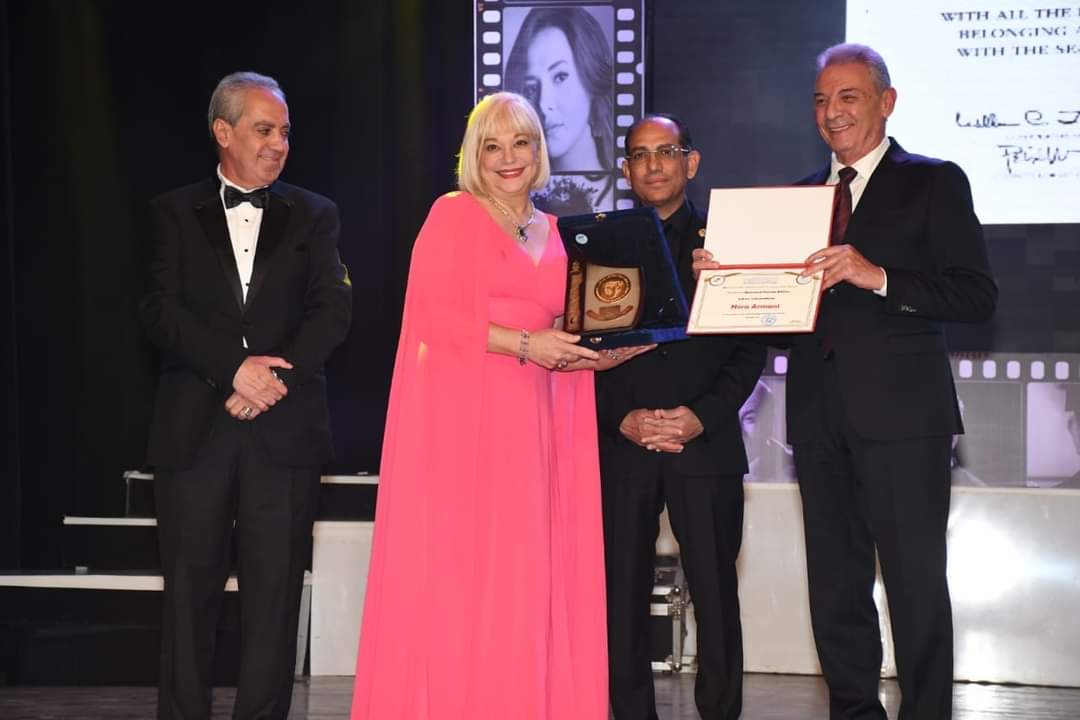 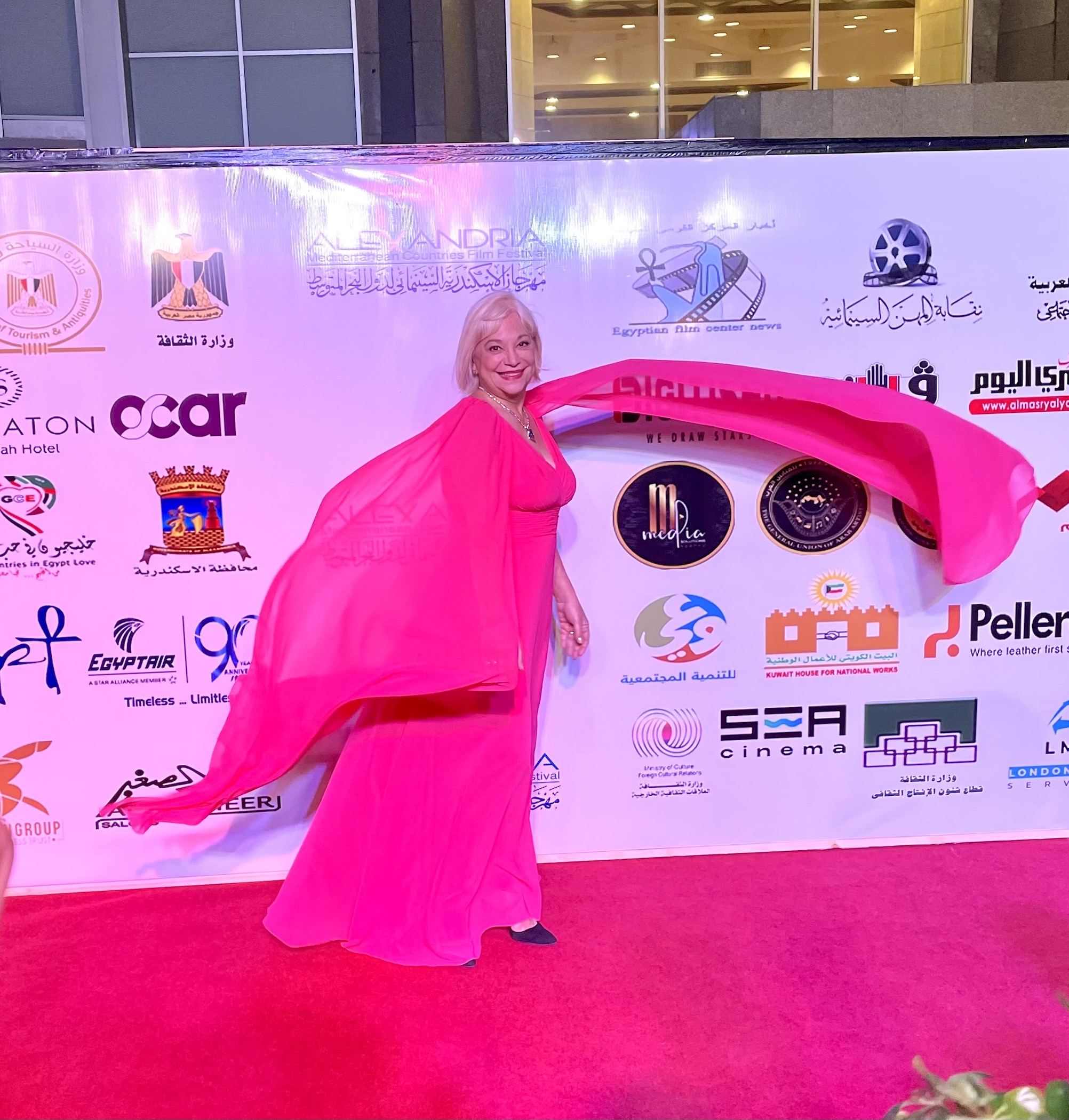 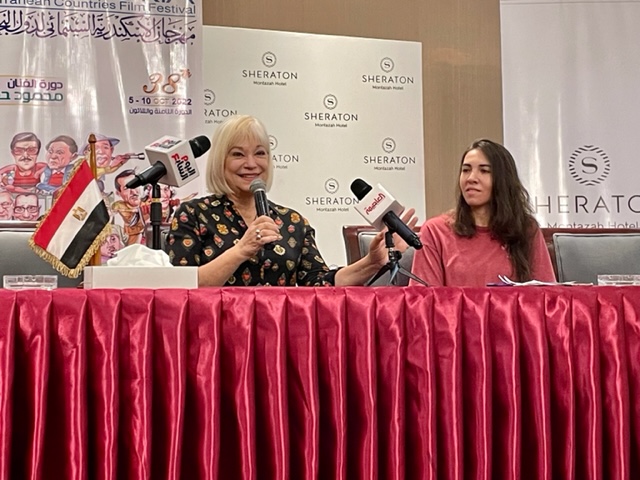 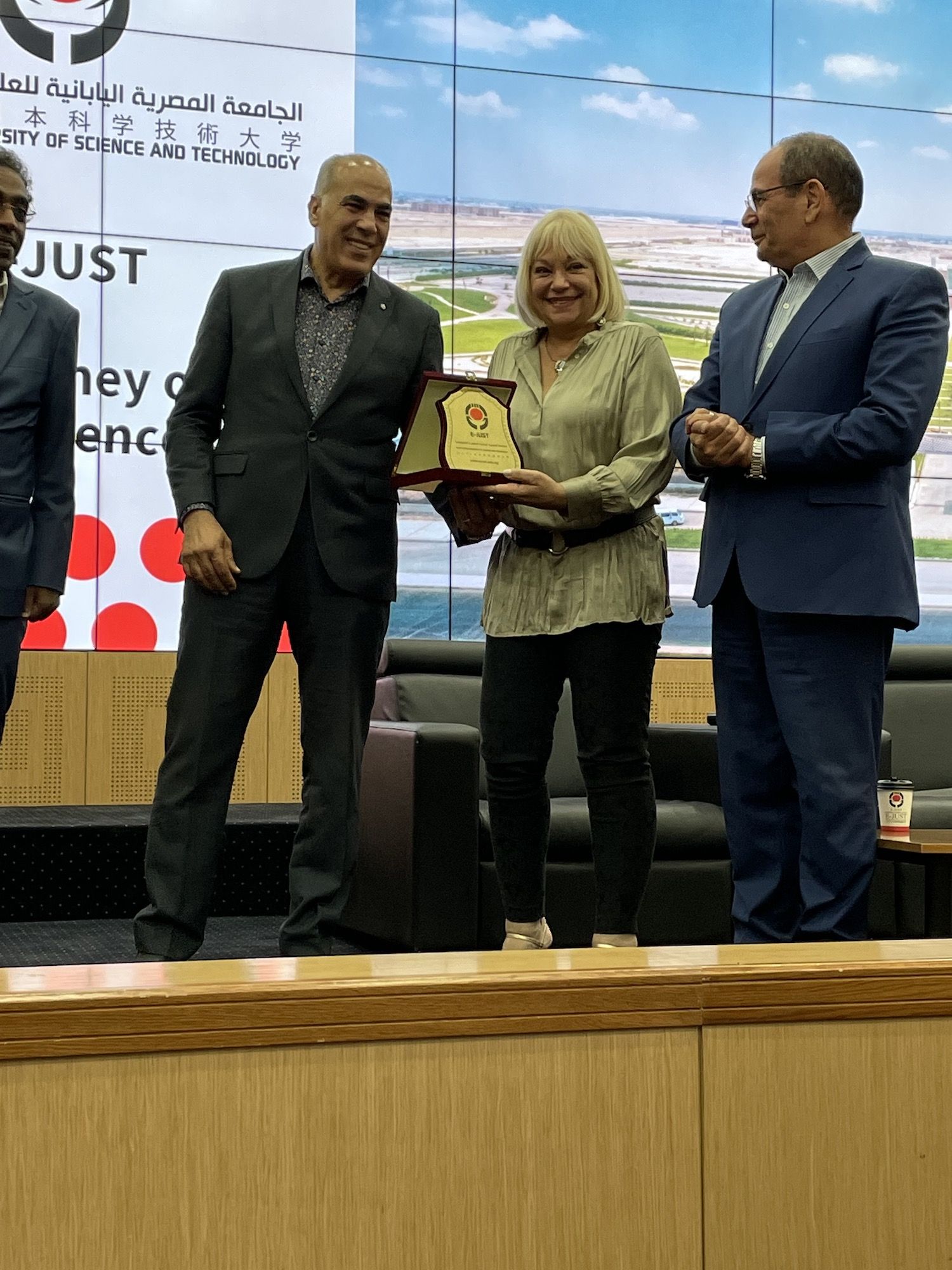 The 38th Alexandria Film Festival of Mediterranean Countries, and its director Al Amir Abaza honored actress, and filmmaker Nora Armani at the opening ceremony of the festival's Mahmoud Hemeda edition at the Biblioteca Alexandrina in Alexandria, Egypt.
ALEX, Egypt & NEW YORK & YEREVAN, Armenia - PRDelivery -- Actress Nora Armani was honored with the Lifetime Achievement Award at the opening ceremony of the Alexandria Film Festival's 38th edition on Wednesday, October 5, at the Bibliotheca Alexandrina, in presence of the great Egyptian film star and producer Mahmoud Hemeda, after whom this edition of the festival is named, Deputy Minister of Culture, Dr. Khaled El Galili, Festival Director film critic Al Amir Abaza, and a host of Egyptian, Arab and European movie stars.

Armani held a Press Conference on Thursday, October 6, at 12:30 PM, and spoke about receiving the award, past television and stage work in Egypt with the late star Gamil Rateb, and stage and TV personality Mohamed Sobhi, her future plans, her own script ready to be filmed and her recent work on the Netflix feature film Absolute Dominion due to be released early 2023. "My roots are here in Egypt, I like the work of Faten Hamama and Soad Hosny. I would be delighted to be back and work in the Hollywood of the Middle East in addition to my work in the USA, France, and Armenia," said the charming actress. A number of interviews for Egyptian TV, and a host of media and print outlets followed the conference.

More on PR Delivery
Armani met with the students and faculty of the Egypt-Japan University for Science and Technology (E-JUST) on Sunday, October 9, in Borg El Arab, Alexandria, where she shared her artistic journey and answered students' questions. The session was moderated by Alexandria Film Festival Director, Al Amir Abaza.

Nora Armani was born in Cairo, Egypt, to Armenian parents. A versatile actress with multiple awards, she is a deeply rooted activist and humanitarian. Fluent in six languages, Nora holds two Masters degrees; an MA in Theatre from Hunter College CUNY, and an M.Sc. in Sociology from LSE, University of London, and has a BA from the American University in Cairo. Her actor training includes RADA, UCLA, and numerous workshops such as Ariane Mnouchkine's acclaimed Théâtre du Soleil (Paris) and Simon McBurney's Complicity Theatre (London).

More on PR Delivery
Nora Armani's forthcoming work includes a solo performance in her own English translation of Mercedes and Zaruhi, written in Armenian by Anush Aslibekyan, a playwright and theatre critic from Armenia. Nora will present the play in English at the UnitedSolo Theatre Festival on Theatre Row in an Off-Broadway production. The play is about repatriations to the Soviet Union during Stalin told through the correspondence between two sisters.

Among her expansive stage repertory is the multiple award-winning play Sojourn at Ararat / Le Chant d'Ararat, created with stage partner Gerald Papasian. Recent stage work includes her self-penned, Back on the Couch with Nora Armani, performed on Theatre Row in New York and on tour. Nora has performed plays in over 25 cities on four continents, in multiple languages.

Nora's work as an actress, writer, and director has earned her many awards and accolades but being appreciated in Egypt, her birthplace has special meaning, "It is most important to be appreciated by your own people in your own family, as that is home, and coming home is the warmest of all feelings. My sincere thanks to the director of the festival, film critic Al Amir Abaza, for this special honor that brought tears to my eyes," said the actress. Nora is immensely touched to be awarded in Alexandria where she spent her childhood summers.

Currently, Armani divides her time between the US and France. She is the Founding Artistic Director of one of New York's important film events, the SR Socially Relevant Film Festival NY, which celebrates its tenth anniversary in March 2023. The festival has screened over 600 films from 40 countries to date.