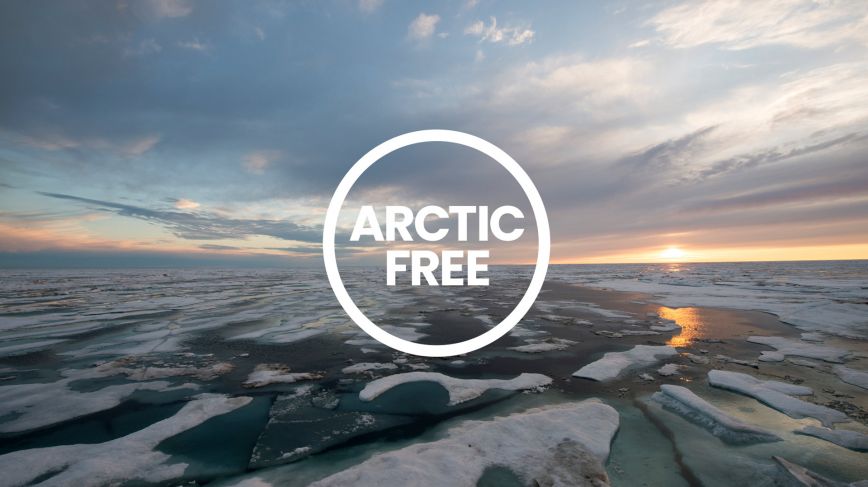 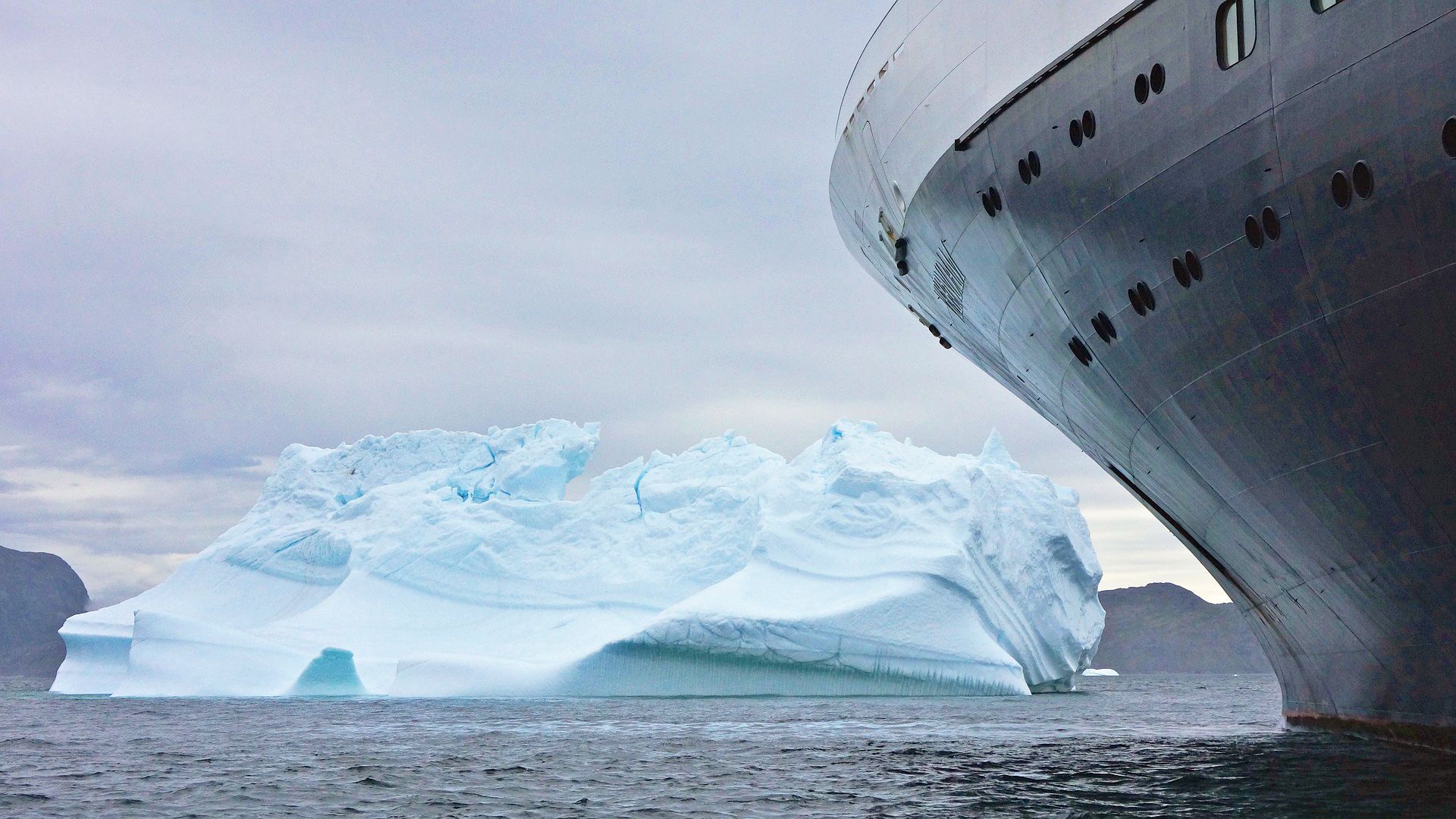 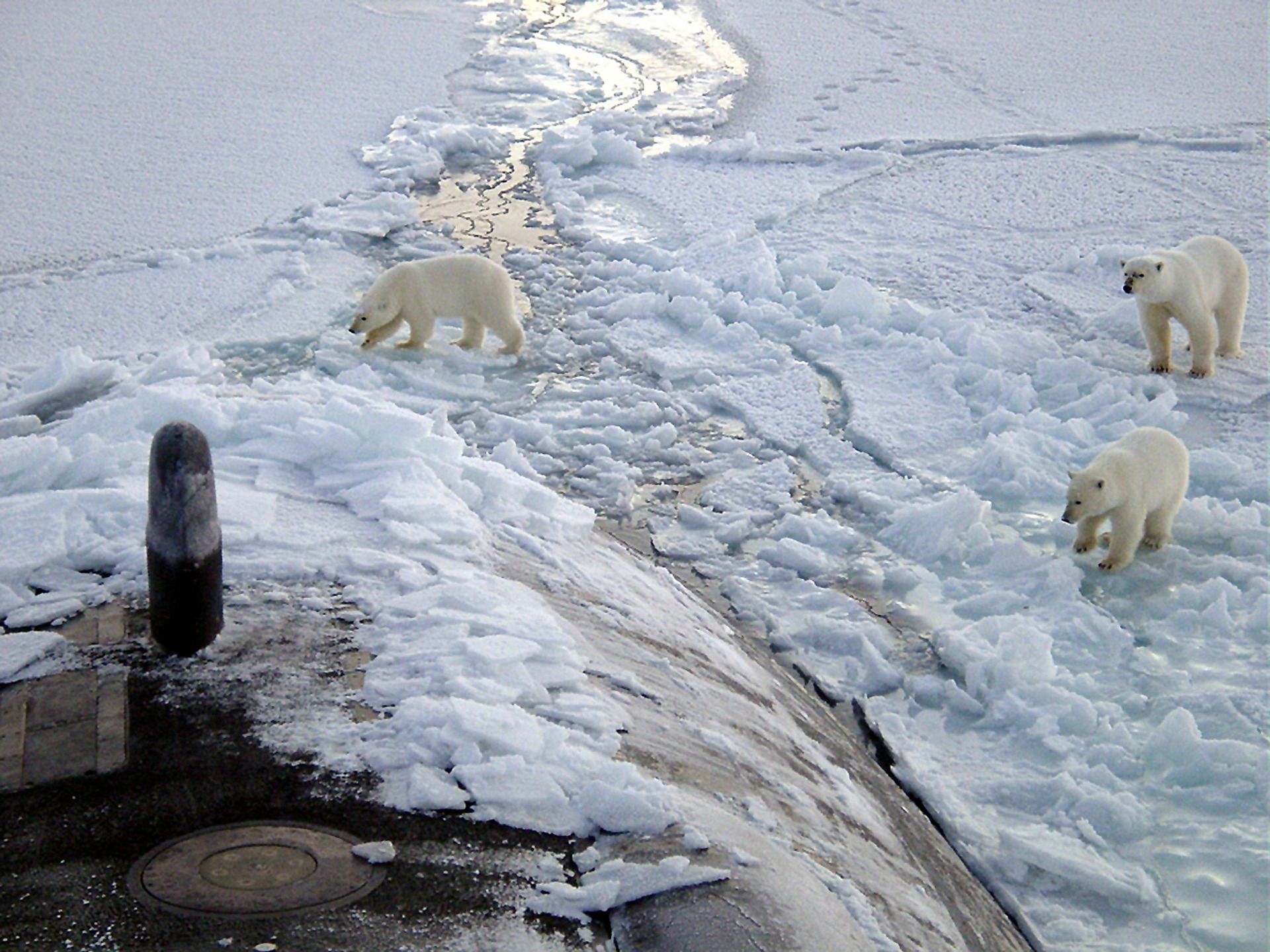 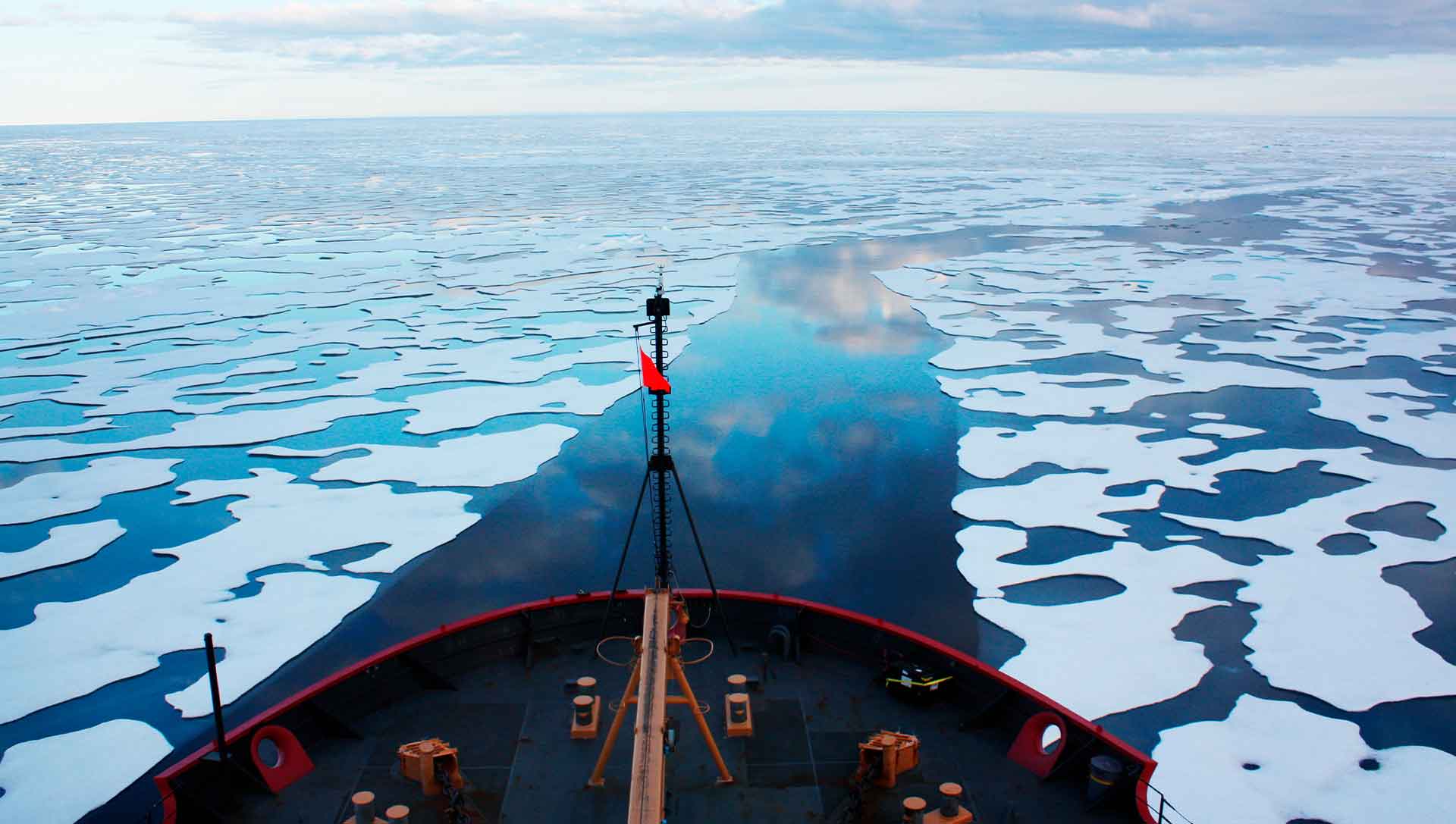 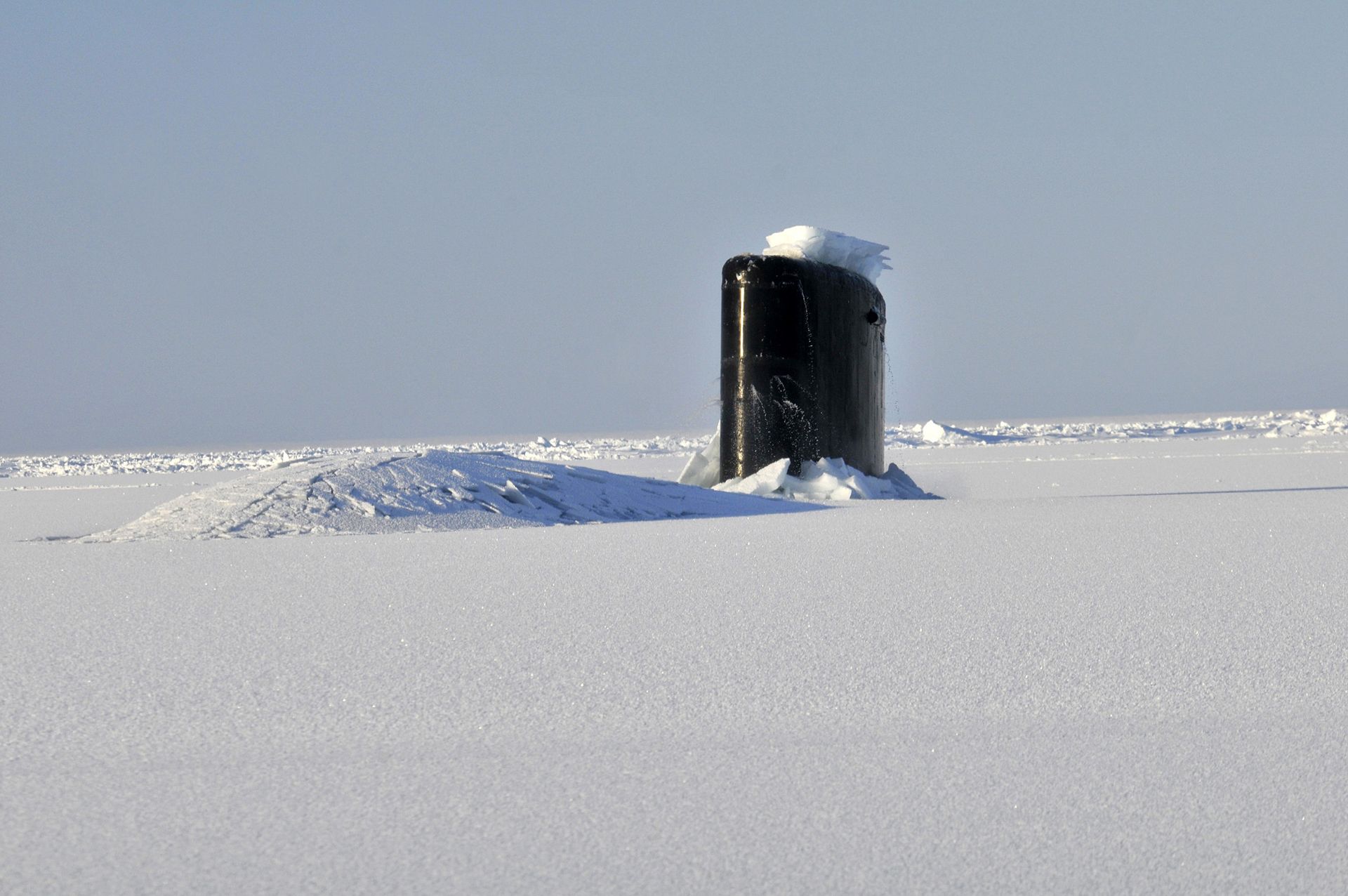 NEW YORK - PRDelivery -- Commercial and military activities in the Arctic Ocean are hazardous to our global health. That's why Parvati Foundation has launched "Arctic Free".

The Arctic Ocean is our world's air conditioner and life support system, regulating the weather patterns that give all of us the food and water we need to survive. But it's melting to record lows, and Arctic Ocean temperatures are rising. According to the National Snow & Ice Data Center, during March, Arctic sea ice extent tracked well below average. In its place, deadly exploitation and militarization are rushing in.

At least 107 Arctic cruise tours are planned for this spring and summer, increasing ocean noise, polluting the air and water, breaking up the ice, and darkening the ice that remains to accelerate the melt. Some Arctic cruise ships are nuclear-powered, which add more heat into the warming waters, and also create the potential for a nuclear accident. Commercial fishing is looking to bottom trawl this vulnerable ecosystem, damaging the seabed and all marine life in its path. Commercial shipping is intensifying, with Arctic shipping on the Northern Sea Route increasing 430 percent in only three years. 80% of ships on this route are carrying oil and gas from huge fields in the Russian Arctic. The region is also being militarized with nuclear weapons to a level not seen since the Cold War. All of these activities threaten an already-vulnerable ecosystem—one that must be preserved, not destroyed, so it can continue to support life on Earth.

More on PR Delivery
As droughts and floods strike, crops fail. 25,000 people die of starvation every single day. According to the World Health Organization, every year, water-associated infectious diseases claim up to 3.2 million lives, and air pollution kills an estimated seven million people worldwide. Globally, approximately 8,100 people lost their lives due to natural catastrophe events in 2020, of which at least 3,500 occurred due to prolonged monsoon flooding in Asia. As the Arctic Ocean already struggles to sustain us due to a drastic loss of ice, its exploitation comes at the cost of all life.

The all-volunteer international non-profit Parvati Foundation has launched Arctic Free, a campaign to mobilize public demand for an immediate end to commercial and military activity in the Arctic Ocean.

Arctic Free addresses all the exploitation that threatens the Arctic Ocean and, therefore, our world: oil and gas, commercial shipping and fishing, military activity, tourism, and dumping. It will also include an accreditation and certification process, similar to those for Dolphin Friendly Tuna or Non-GMO Verified, for businesses to show they do not participate in any of these deadly dangers to the world.

Arctic Free is part of Parvati Foundation's work to establish the Marine Arctic Peace Sanctuary (MAPS), which addresses 15 of the 17 UN Sustainable Development Goals. MAPS establishes the Arctic Ocean north of the Arctic Circle as the world's largest permanent marine protected area, free from all exploitation and militarization. At the same time, MAPS catalyzes an immediate global pivot to sustainable energy, and a paradigm shift from short-term greed to long-term good.

More on PR Delivery
To support the swift realization of MAPS, Parvati Foundation took the unprecedented step of creating the Marine Arctic Peace Sanctuary Treaty as an addendum to the United Nations Convention on the Law of the Sea. The Treaty has been translated into all six official languages of the UN, distributed to all 193 member states, and brought every year since 2015 to the UN Conference of the Parties by volunteers at their own expense. It enters into force with the signatures of 99 states members of the UN or any of the specialized agencies, and has already been endorsed by two world leaders.

"How many more people will we allow to burn, to drown, to starve, or to die of disease before we commit to the action we urgently need to survive?" says Parvati Foundation Founder, CEO and visionary for MAPS, Parvati. "All life everywhere depends on Arctic sea ice. Its loss is already causing a chain reaction of suffering worldwide, affecting the safety and food security of multiple millions. We need MAPS now. Demand action for a healthy world by going Arctic Free."

Parvati Foundation urges everyone to get the Arctic Ocean facts and go Arctic Free at https://parvati.org/arctic-free.