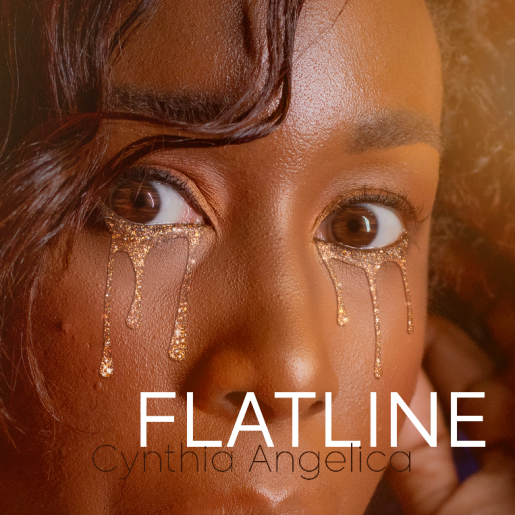 "Our world is bleeding, and somehow, we've lost our way as a people," said Cynthia Angelica. "'Flatline' ponders the state of our country that is overcome with such chaos, hatred, and senseless violence. Specifically, it was inspired by my sister, a travel nurse, who was in the vicinity of a mass shooting. Luckily, she is still with us today, but I realize that a growing number of people are faced with a different outcome."

We lost our meaning

Can't you see it?

Can't you see it?

With influences ranging from Tori Amos to Kim Walker-Smith to Richard Smallwood, evident of her gospel

music roots, Cynthia Angelica is a natural storyteller. She joins the D.C. area music scene with more than a

decade of experience as a higher education executive ghostwriter and freelance writer. Cynthia Angelica is now putting pen to paper to share her own message, one that inspires listeners to believe in all they are and can become.

The accompanying music video for    "Flatline" is produced by Artūro Media, with a dance interpretation by

Armanda Braziūnaitė. "Artūro Media and Armanda Braziūnaitė made 'Flatline' come alive in a breathtaking and powerful way," said Cynthia Angelica. "It's as if they were able to articulate the emotions visually that could not be expressed in words. You'll see more of their amazing work throughout my album release."

More on PR Delivery
"'Flatline' was one of the last songs I wrote for the project, and it serves as a pair to 'The Start,' another song from my album," shared Cynthia Angelica. "Symbolically, the songs represent death and life, a rebirth of sorts. Together, they remind us to hold on to hope even in the face of hopelessness. Throughout our history, we've found a way to do just that. And we will find a way again.