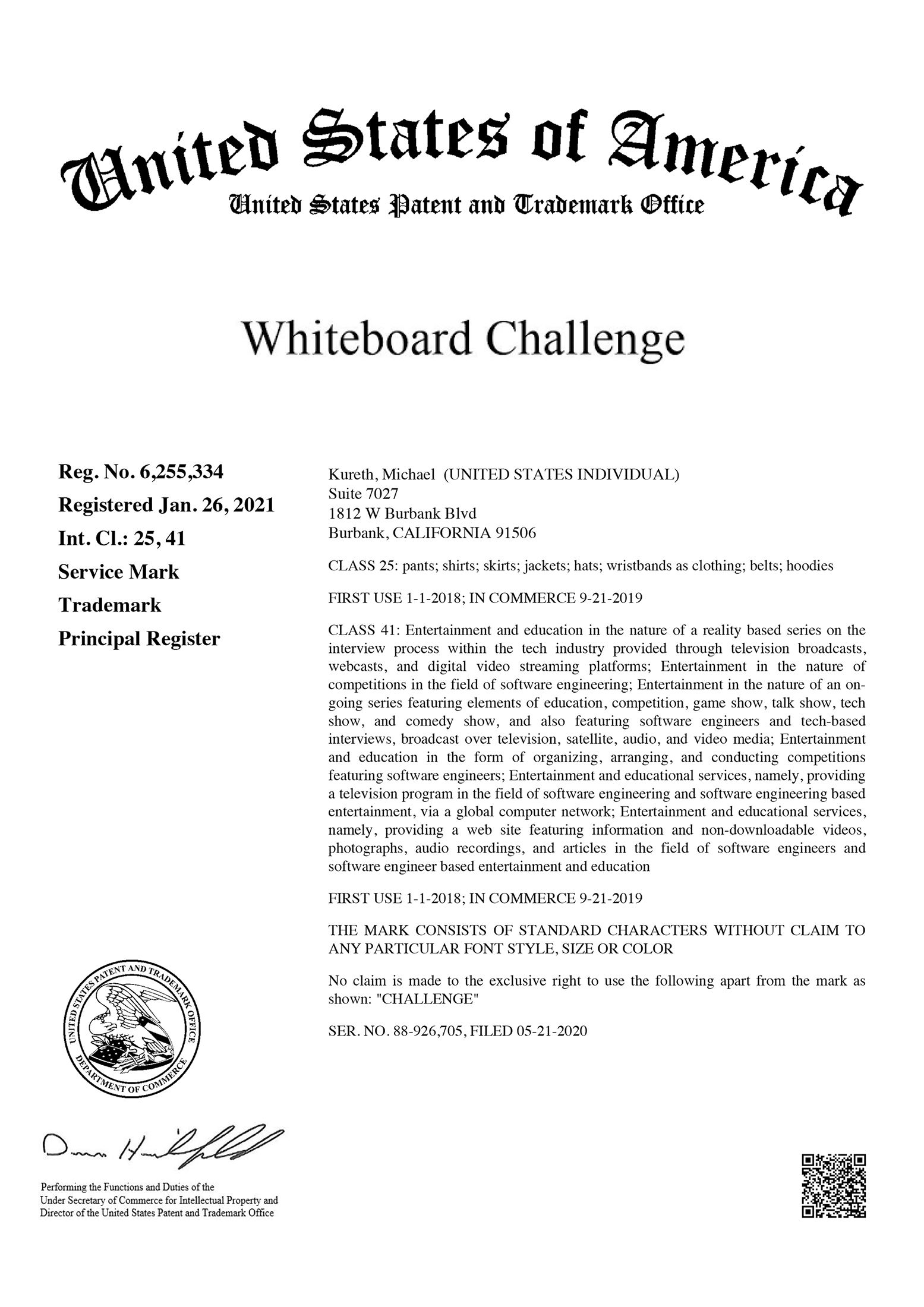 "Whiteboard Challenge" is now a fully registered trademark with the USPTO and is afforded the same legal status and protections as all other registered trademarks.
LOS ANGELES - PRDelivery -- Cinedapt, Inc. (Cinedapt.com) is pleased to announce that Michael Kureth has received full registration of his trademark "Whiteboard Challenge" (registration 6255334) with the U.S. Patent and Trademark Office.

Whiteboard Challenge® is an internationally award winning tech series aimed at improving the engineering community while encouraging diversity and inclusion in tech.  This original series holds the unique entertainment value of being both compelling to watch and a program for learning.  Whiteboard Challenge® is the only series to feature software engineers and how to improve the interview process to be more inclusive.

In addition to the registered trademark, Whiteboard Challenge® is protected by seven (7) federal registered copyrights with the U.S. Library of Congress and three (3) Writer's Guild of America registrations.  The pilot episode has been awarded winner for Best Television Series in sixteen (16) film festivals as well as a finalist, semi-finalist, and selected in thirty-three (33) additional festivals.

More on PR Delivery
Beginning January 26, 2021, a "Whiteboard Challenge" may only be used or practiced in connection with Michael Kureth and the tech series for the purposes of:

More on PR Delivery
About Cinedapt:
Cinedapt® is a patent-pending revolutionary new form of entertainment technology invented by Michael Kureth to protect the film industry from extinction through anti-piracy tracking and adaptive personalization with artificial intelligence.  Whiteboard Challenge® utilizes Cinedaptive® technology to tailor the pilot episode with a personalized experience for the viewer.